Deep Fake Video and Audio, The Next Deep State Illusion? Part I: Welcome to Fake Reality

UPDATE: Dustin Gold, who currently serves as executive producer for US Army veteran Douglas Ducote and the editor of this website, appeared on LI News July 31, 2019 to discuss this article, as well as Doug’s upcoming Ultimate Border Tour.

This is Part I of a Four Part Series on our in depth look into “Deep Fake Video” and “Deep Fake Audio” technology.

Much of the research for this series has been provided by  Dustin Gold, who currently serves as executive producer for US Army veteran Douglas Ducote and the editor for this website. 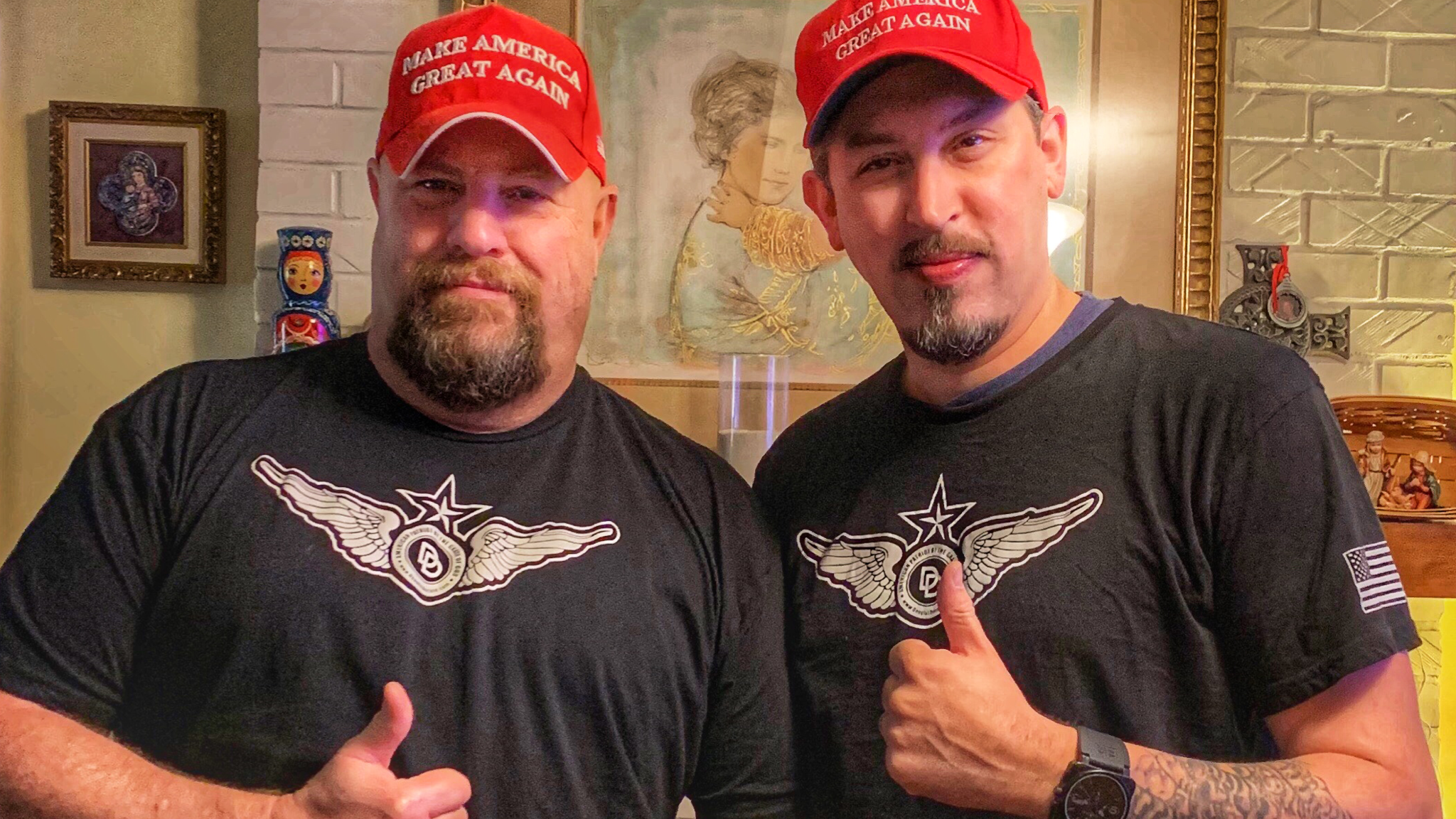 For the last 10 years, Dustin has owned and managed a politically-driven entertainment production company, William Gold Entertainment, that has worked, and provided entertainment, for hundreds of global companies, political campaigns, and media properties. Dustin has a background in marketing, web development, and industrial design. Over the years, Dustin has been involved with various projects utilizing what many have come to call “deep fake video” technology, which Dustin claims is a threat to the survival of free speech.

Technology has changed our world and is a part of every American’s daily life.

Believe it or not I remember when my father brought home that video game Pong and we were so mesmerized by it. It’s hilarious looking back. The age of the computer torpedoed into our lives rapidly as gaming became the in thing, then portable computers and cell phones, and now the sky is the limit! Heck, Mark Zuckerberg even had droves of people worldwide intrigued with virtual reality goggles, which he literally tested on his sheeple!

The entertainment industry has been enamored with it as well. Movies in the 1990’s introduced virtual reality plots, where one could go on a “vacation” without ever leaving the comfort of home. How cool would it be to be someone else? Visit Japan, yet never actually go there, or be a spy involved in a major life or death moment?

The Matrix” broke the mold wide open when it depicted the notion we are living inside a fake world. Little did we know how true it really is….

Fast forward to 2019 where nothing is as it seems, our lives cataloged by the National Security Agency. Every call, email, text, web search, what you buy, sell, it’s all being filtered into one big mega computer. Think of it as the WOPR from War Games on steroids. It’s real. It’s happening. Edward Snowden is in exile after exposing this fact!

The fake news media has been spinning their illusions for decades as part of the Deep State Propaganda Machine, puppets who refuse to report the truth and are more than happy to manipulate the public with what the Elite in power want you to see.

The best and most recent example is the Russia Hoax that was created by the Obama administration and Clinton Campaign as an ‘Insurance Policy’ against Donald J. Trump. For two years the mainstream media waved their wands of propagandized illusions, along with the Democrat politicians and celebrities, spewing their version of reality. It was all a LIE!

Unfortunately this is not the end and there is a much more frightening effort to morph our realty into a fake one. The latest diabolical plan by globalist elites and their political cohorts is to literally start using holograms, fake audio, and deep video to convey their messages to the public. Wait, what?!

We’ve all seen Facial Recognition Software used by our law enforcement agencies to track down suspects in their investigations, something that worked brilliantly after the Boston Marathon bombing. All the technology available was utilized to identify and later capture the terrorists. While technology has revolutionized the way law enforcement and military fight our enemies abroad, a more insidious plot is beginning to unfold right here in our backyard – the research and development of Deep Fake Video and Audio through key technology based companies.

What’s scary is that these researchers and development companies have been gathering their data, using Americans as their guinea pigs, by introducing apps that allow us to alter images, voices and videos in real time.

As we tinker with these cool new toys, in reality we are actually submitting our likeness and voice into their development databases. Don’t believe me? How many Americans own an iPhone or other Apple devices? How many own Alexa or are using the new 360 degree Google or Facebook Cams? Who uses their fingerprint to open their apps? Our fingerprints, eye pupils, facial features, voices are all recorded, now accessible in their databases. It’s marketed and caters to the young who are glued to social media, told these tools are necessary for security, a way to stop identity theft or for convenience.

I recently spoke to Dustin Gold, who developed and managed political comedians and was approached by one of these AI companies inquiring about his actor that impersonates Barack Hussein Obama. What he revealed should have all Americans concerned because it literally will affect every generation moving forward and not for the better!

According to Dustin, there are five things these Artificial Intelligence companies and researchers are developing- Deep Fake Video, Face Swap Video, Deep Fake Audio, actor generated audio, and AI/algorithms to teach machines to learn. This technology originated from the Max Planck Institute (formerly the Kaiser Wilhelm Institute) in Germany and the University of Washington in Seattle.

While these “researchers” and “professors” of this technology claim they know and understand how dangerous this Deep Fake and AI technology is, they’re making it available to the public on a massive scale. Why aren’t they pushing technocrat leaders to ban it? We will delve into that later.

Dustin explains there are two methods of fake video and audio. The first is doing a Face Swap. Basically you can grab a picture you want and swap the image. So for instance if you want to look like Taylor Swift, you can meld it with your own features to accomplish it. If you have the right facial structure, hair and makeup, it can be done in real time.

The second and more dangerous version is called a Deep Fake. The Deep Fake has been in existence for about five years. There are two groups of academics that are developing this. First, as noted above, is the Max Plank Institute out of Germany (Face2Face), headed by Professor Dr. Matthias NieBner, Visual Computing Law at Technical University of Munich (TUM). With a PhD from the University of Erlangen-Nuremberg, his focus is using cutting-edge research of computer vision, graphics and machine learning. What the Professor does in his version is grab a 20 second clip of the subject, then using a web cam, takes that voice and video to generate a fake image or illusion of a celebrity or politician. This is very dangerous and can literally alter what we believe is reality. We will discuss this in detail later.

The second group from the University of Washington is developing Deep Fake Video/Audio utilizing Face2Face & Deep Fake Software they’ve created. This group can create a Deep Fake Video using audio only. Essentially they can meld audio with video, creating a lip-synced video of a person. Basically they can teach the machine speech patterns and lip movements to simulate a video of an artificial person.

Here’s a disturbing question, what if a company could create a fake politician that is so life like, one could actually hold a conversation with it and no one would ever know the difference between the Deep Fake Video and the real person? Brace yourselves. Stay tuned for part two…

Be sure to sign up for Team Ducote’s newsletter to get latest breaking news and event information at www.douglasducote.com.

Stop Lying To Me Google YouTube Storming Area 51, What You Need To Know First

Keep Shopping
Send this to a friend
Here's the link. https://douglasducote.com/between-the-lines/deep-fake-video-and-audio-the-next-deep-state-illusion-part-i-welcome-to-fake-reality/