The New York Yankees banned Kate Smith’s God Bless America and this is why you should care.


When I think of America, the first thing that pops into my head is the American Flag, apple pie, fireworks, and baseball. It’s the enduring traditions that has seen our nation through world wars, national disasters and horrific crisis, and is also embedded into the very fabric of everything that is good about this country.


Growing up, we were Red Sox fans as my parents were originally from Boston and it was the one thing my father and I connected on. I’ll never forget the World Series of 1986. I bet my friends that Boston would win against the New York Mets. We watched in horror when Bill Buckner threw it all away as the ball slipped right between his legs, forcing another game that they lost! Of course all Red Sox fans said it happened because of the “Curse of the Bambino”! It wasn’t until we moved to Seattle that I got to go to a real baseball game, of course we had tickets for the Mariners-Red Sox. It was thrilling! The smell of peanuts and beer, watching the teams warm up and I remember I actually got one of the balls the Red Sox hit! The one thing that brings a tear to my eye is the opening song of our National Anthem, ‘God Bless America’. I always get choked up. It is the most beautiful moment, a part of every baseball game across the nation that reminds us where we came from and the brave men who fought to give us our freedoms.

Unfortunately, it’s another part of Americana the leftist globalists are attempting to completely destroy. 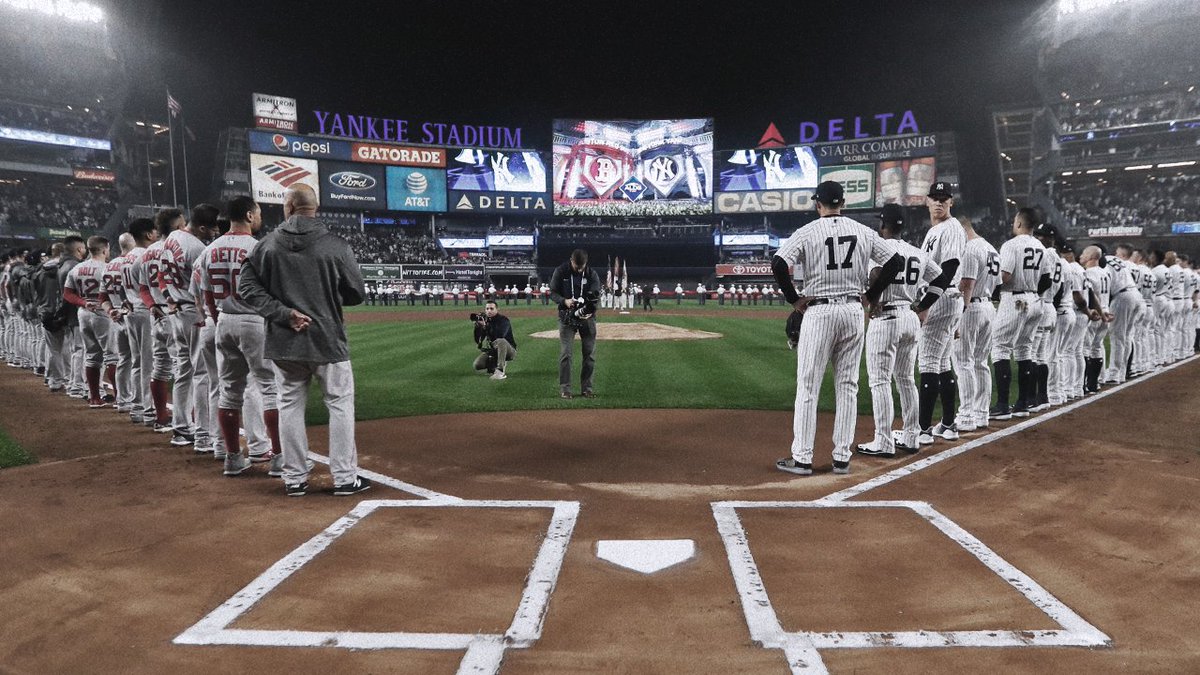 In this country, even if you don’t follow baseball, you’ve heard of the New York Yankees and in fact 42% of Americans know who they are. Last week the organization made the decision not to play singer Kate Smith’s rendition of ‘God Bless America’ because she supposedly sang a few racists songs in the 1930’s and went so far as to cover up her statue! The hockey team the Philadelphia Flyers quickly followed suit a few days later, announcing the removal of her version of the National Anthem.

In today’s world, politics have crept into every single aspect of our daily lives. The leftist point of view is spewed on every single news and talk show, even television and movies are beating to the same drum as they shape our young. Political Correctness is killing our culture, our very way of life. Everything is deemed ‘racist’. Accusations of being racist, a homophobe, xenophobe, white supremacist are at an all time high. The mainstream media, entertainment industry and politicians use one of the ugliest times in our history to paint the founding of this nation as evil and instill hatred for anything American. Why? It’s how the globalists who want to crush our nation attack Americana at its core. 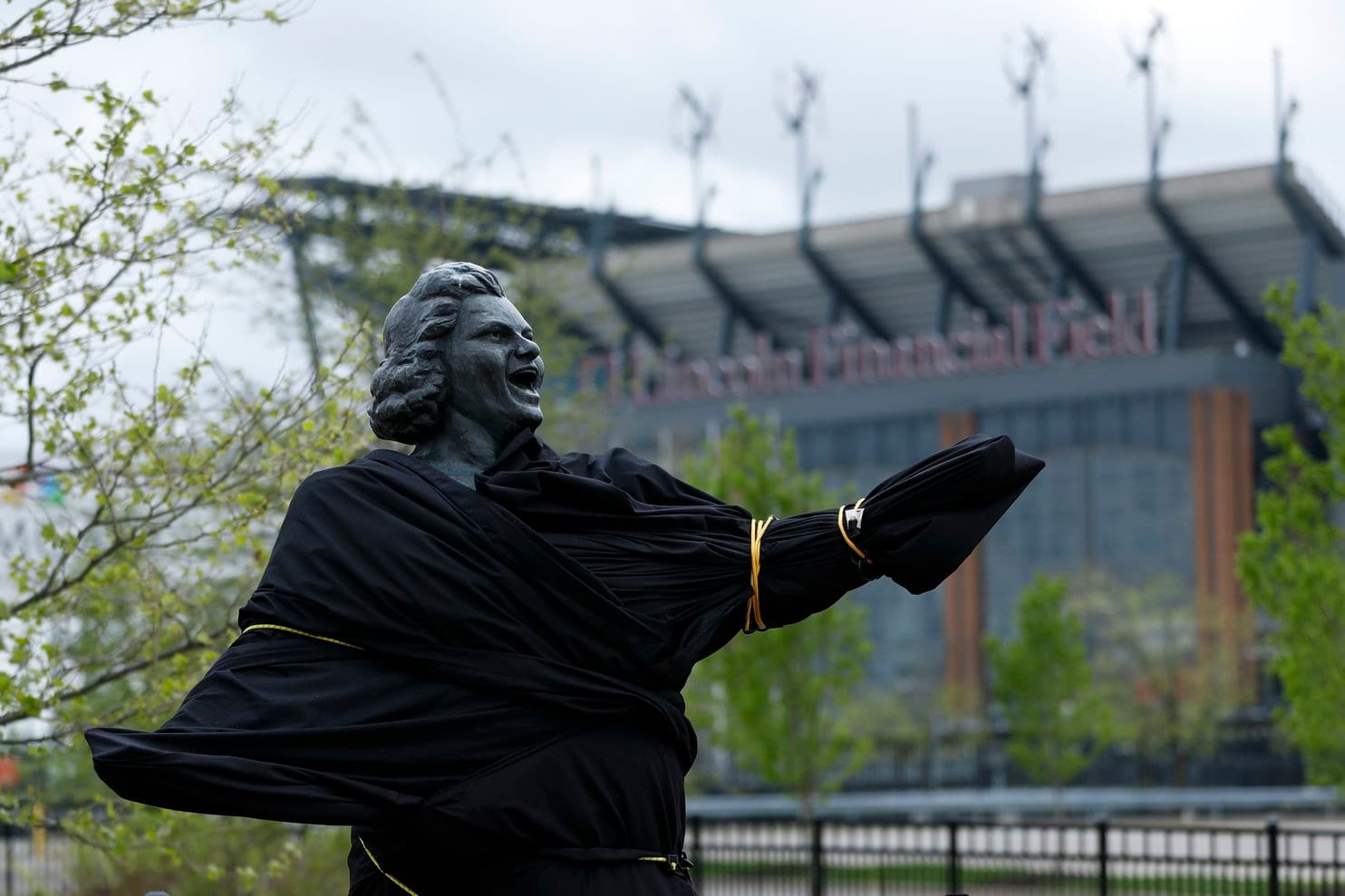 The removal of Kate Smith’s rendition of ‘God Bless America’ has absolutely nothing to do with a singer who might have sung a racist song almost 90 years ago. No. It’s simply the vehicle in which the globalist elite can eliminate our history and destroy the core foundation upon which our country was founded- our Constitution and God. Those in leadership roles who are paid puppets to the globalist elite have desperately been attempting to do this for decades because in removing God from our daily lives and forgetting who we are as a nation, America is dead forever.

It was only 18 years ago this nation’s patriotism was at an all time high after 9/11. While it came out of the most diabolical terrorist attack on our soil, it unified us as a people. One Nation, under God and indivisible. Entertainers across the nation stood shoulder to shoulder as we all mourned and our President vowed those responsible for killing 3,000 men, women and children on his watch would be brought to justice! Flags were flown everywhere! I even had one on my car, with a ‘United We Stand’ sticker on the back. For me, it was one of the proudest moments- to be an American meant something. We knew we were the greatest country on earth and we weren’t afraid to show it!

Fast forward to 2019 and we’ve got politicians so hateful of our country they refuse to do their jobs and instead want open borders so our country will cease to exist. We’ve got two women in Congress who are Muslim, sworn in on the Qur’an, NOT the Bible, condemning our military for having to go to Afghanistan and Iraq to fight those that attacked us! We’ve got a mainstream media that report 93% negatively about our own President! They were complicit in continuing a lying narrative for 2 ½ years, the Russia Collusion Delusion, working with the Obama administration to illegally stop Donald J. Trump from becoming President and then to oust him in an attempted coup!

We’ve got an entertainment industry so hell bent on destroying our culture, they’ve hijacked our young, using actors with so much hate for our traditional ways of life, they urge their followers away from anything about America and Godly. They celebrate the slaughter of the innocent through Planned Parenthood, selling the lie it’s all about a woman’s ‘right to choose’ to murder! Hell, it’s legal to literally kill a new born! Look how far we have fallen as a nation! We all have blood on our hands! And now, not only has God been removed from our schools, local sports and even from churches, one of our favorite pastimes baseball is next.

The day America dies is the day we stop remembering who we are, our history no matter how ugly and the men and women who have lost their lives fighting for it. That day is sadly coming soon unless we as a nation start standing in unity again. We can’t move forward unless we look back and understand who we are as a united nation, under God and indivisible with liberty and justice for all Americans. We must be proud of where we come from, embrace our struggles- the good and the bad, otherwise America will be lost forever and future generations will never know why the United States of America is the greatest country on earth.

*Be sure to join us every Thursday, 10pET for Real World Witness with Doug and Chrissy as we delve into the latest breaking news, shining a light on truth, justice and exposing those who wish to crush it! Subscribe to our YouTube channel…