This week I’m taking a look at The CW Network’s new series Roswell, New Mexico which they loaded with Cultural Marxism (aka political correctness) and non stop attacks on immigration, the 2nd Amendment, and American sovereignty. 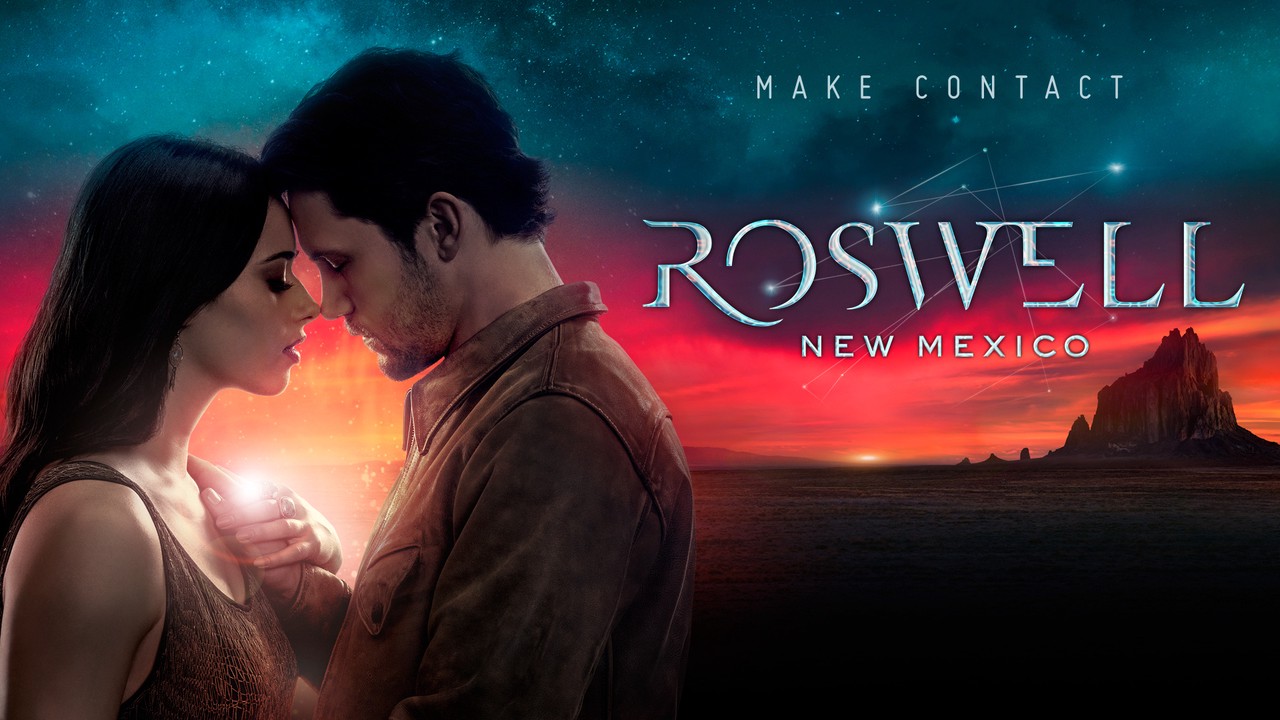 Let me preface this by saying my favorite actor is involved in this series so it’s very difficult for me to criticize it, however, it is my mission to educate so here we go…


For those of you who aren’t aware, The CW Network caters to the tweens, teens, millennials and Gen X, with shows like 15-year veteran Supernatural, Riverdale, a rebooted version of Charmed and 1980’s primetime soap opera Dynasty. They also have been the cornerstone for every DC and Marvel comic book hero type show, including Supergirl, The Flash, Smallville, Arrow and Cloak & Dagger to name a few. These shows covet the supernatural, magic, witches, warlocks, aliens, demons, and artificial intelligence. However, the underlying goal is to desensitize, infuse the leftist ideologies and glorify the ability to tap into otherworldly phenomena to effect a desired outcome or change reality.

Their latest series is called Roswell, New Mexico, a reboot of the 1990’s version, which originally stems from the Roswell High novels. Created by Showrunner Carina Adley McKenzie, the series focuses on three extraterrestrials that were part of the infamous Roswell UFO crash of 1947. Executive Produced by Julie Plec, McKenzie’s mentor, who created the popular CW teen shows The Vampire Diaries, The Originals and Legacies, Roswell New Mexico has struck a chord with its audience enough to ensure a second season.

The series is set and filmed in New Mexico. The main character Max Evans (played by Nathan Parsons), is an alien that arrived in the 1947 Roswell crash, then awakened in 1998 with his two siblings. In contrast to the original series, Max’s love interest Liz Ortecho (played by Jeanine Mason) is Hispanic, her family has been here illegally for 20 years and owns the local café. They live in fear that ICE will come one day and drag them back to Mexico kicking and screaming. (*Which will be seen in S2) This is clearly a set up for propaganda against President Trump’s stance on stopping Illegal Immigration.

The season one finale aired Tuesday night. It’s easy to see between the lines how this series is trying to manipulate our young’s view of the world. Throughout its freshman season, the series is saturated with the leftist narratives including their stance on Illegal Immigration, the border wall, the constitution, military, gun control, and even God were all fodder to get their talking points across to the unsuspecting audience.

Buzz words like “Undocumented Workers”, ”anti-Immigrant” , dialogue like ”My freedoms aren’t protected under American Law”, “This place (church) used to bring me comfort. Do you believe in God? I dk anymore” and talk of NASA’s newest endeavor into the universe, Space Force was depicted as a negative, in contrast to what the series is ultimately about! Episode 3, FINALLY introduced the Sheriff, a LEGAL Immigrant from Mexico who talked about legal immigration, Patriotism, and respect for the law!

The Democrats and MSM say the President is lying when he says there’s crisis at the border and it’s a “manufactured Crisis”. I’d say there is a manufactured crisis— but it’s one THEY CREATED by helping to organize and fund caravans through Nazi collaborator George Soros owned entities to invade this country!

My cohost Veteran and Retired Law Enforcement Officer Douglas Ducote went to the Texas-Mexico border last week and learned the vast majority within these caravans are not Mexicans, as the fake news media and entertainment industries will have you believe, but people from Central and South America, China, Cuba and yes, even the Middle East! Muslims are now working for the Mexican cartels and are disguising themselves as Mexicans to enter our country illegally! This is an invasion and we need to deem it as such. The reason illegal immigration is such a hot button issue is because it is draining us dry! American taxpayers are footing the bill for all this! President Trump has said from day one, the issue is not that we don’t want people to migrate here, it’s that you must do it LEGALLY!

As of March 6, 2019, according to latest stats from border patrol, there are 25,791, 564 illegals in the US. It costs $235, 832, 331 per day to deal with the illegal aliens which includes border patrol, medical/legal/humanitarian services, food, shelter. The Immigration Courts have 900,000 cases backlogged and 90% of the cases with individuals saying they are seeking asylum are dismissed for insufficient evidence or the illegal never shows up for court! This country cannot sustain itself catering to people here illegally. There is not another country in the world you can go that deals with amount of illegals we have seen at our southern border and in fact, both Canada and Mexico have no qualms throwing you out of their country, even jailing you!

President Trump has proposed amnesty for over 1M DACA recipients however, the Democrats who quickly abandoned them, walked away, refusing to even come to the table! In this country, there are many ways to apply for legal immigration- there are free services provided to those who have no money, free applications, free legal counsel. Of course the Democrats refuse to mention that!

The next reality check is left suddenly crying about kids being torn from their families- another falsehood orchestrated by the Democrats! Where were they when Obama did the same damn thing and conditions in holding were much worse! What the mainstream media and Democrats never talk about is how women and children are literally sexually assaulted and abused on the trek to America by coyotes who are paid by their families! Mothers give their daughters condoms, knowing this will happen along the way! Doug heard how Border Patrol find rape trees, where these Coyotes will choose a girl, chain them to a tree, have their way with them and then leave them there to die! Unfortunately this is not an isolated occurrence but one that happens often!

Another tactic that drug and gun runners use to get into the country is bring a child with them!

Thousands are found to not even be with a family member, used as pawns in sick cartel games. Where are the bleeding heart liberals?? Screaming that President Trump is a monster because children have to be separated! News flash- it’s been going on for decades and no one cried wolf then? The difference? Donald J. Trump is in the White House!

And let me talk about the wall for a moment. Every single Democrat and Republican voted to have a border wall built at our southern border during Obama’s administration. They had no problem and in fact, they literally were on the news spouting how something had to be done because we can’t allow illegal immigration into the fabric of our country. Obama, Hillary, Schumer, Pelosi! Now they block something the American people who elected them to represent desperately need and want! 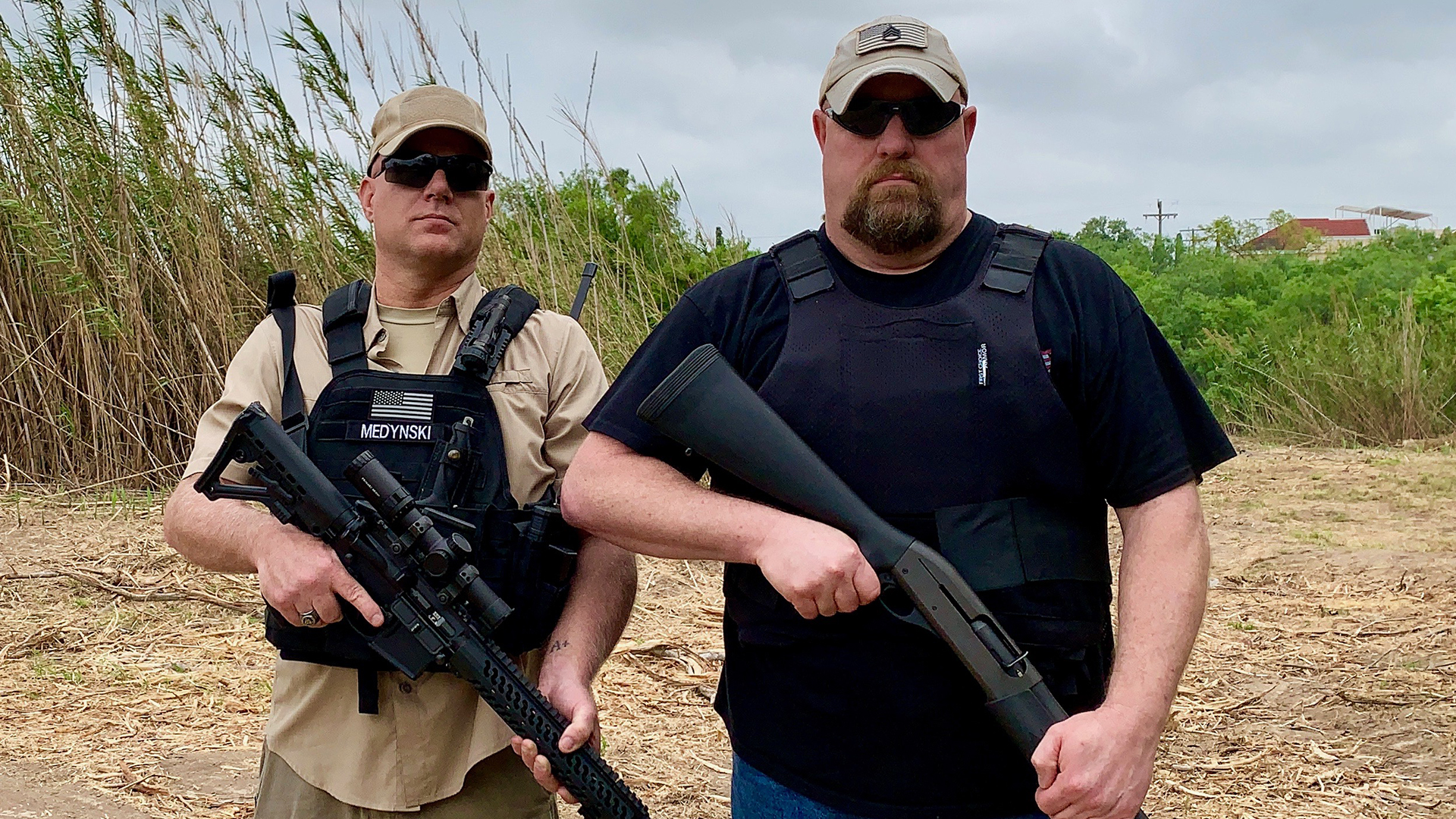 Doug learned during his investigation that not only do those with property along the border want a wall but even those on the Mexican side want it built! These politicians are supposed to WORK FOR US! Instead, they use their power to further their selfish, globalist, socialist agenda for America- open borders, higher taxes, full term abortions, bigger government control!

Now back to Roswell New Mexico…

Basically everything the left hates and screams about America and our culture is embedded within this series. However, at least they made the attempt to show Conservative’s points of view. In the season finale they actually had a scene in a gun shop with the owner saying, “It’s everyone’s God given right to own a gun!” Of course the character doesn’t end up buying one because he doesn’t want to become a killer, as if law-abiding gun owners are out there using their weapons to kill people! Another jaded notion planted within the narrative. News flash- our founding fathers were concerned with any government gaining control over its citizens so they ensured it wouldn’t happen by including our Second Amendment Right to Bear Arms to protect our families and property! Criminals who use guns against society will obtain them no matter how many laws are passed or if the Second Amendment is removed from our Constitution! Removing our right to defend ourselves is not the answer!

In addition, the series as even pitted white men against Hispanics, already planting the seeds of racism and hate against white people, the latest narrative by the left. What is its purpose? To create a false reality, indoctrinate through key buzz words thrown out by the hating mainstream media day after day. There is an agenda- to instill hatred towards America, its founding, our way of life and morals, fuel racial tensions to further divide us and remove the notion that God exists. Because if God doesn’t exist anything goes. Why be concerned with what comes next? People become an empty vessel with no hope, easier to manipulate and control.

The CW Network is only one example of how entertainment and media control the next generation and public opinion through propaganda. This is how they shape our culture and instill a skewed ideology meant to further their own warped agenda of globalist/socialist control.

And that’s the way I see it between the lines…

Be sure to catch Real World Witness w/Chrissy and Doug every Thursday at 10pET on YouTube. Check out our websites at realworldwitness1.com and douglasducote.com, then follow us on twitter: @RWChrissy and @DouglasMDucote; Like our Facebook page and subscribe to YT channel so you don’t miss a broadcast! Real World Witness, shining the light on truth, justice and exposing those who wish to crush it!