The Border Crisis has America on the brink of a total invasion and takeover. The crisis at our southern border is most definitely NOT a manufactured one as the Democrats and their Hollywood buddies would have you believe. In March, border patrol caught an unprecedented 100,000 illegal immigrants attempting to cross our border, many identified as drug cartel members, MS13 gang members or human traffickers. Democrats scream about open borders which would allow these criminals to freely bring their drugs, weapons, and those they enslave for sex rings, unfettered. Yesterday Arizona finally declared a State of Emergency as they are overrun, ill-equipped to deal with the amount of illegal immigrants crossing into the U.S. Sadly the report from the Texas-Mexico border is not much better. Our borders are open, with thousands of miles that have no barriers at all! It’s a “manufactured crisis”, but one orchestrated by Democrats and those elites funding the caravans heading for our border.>

Military Veteran Douglas Ducote decided he wanted to see for himself what is going on, so made the trek to the Texas-Mexico border on Tuesday. While there he was embedded with patrol units that assist law enforcement at the border in surveillance. He witnessed first-hand Illegals wading across the Rio Grande in the dead of the night, crossing our border. During a 4 hour period of time, in a small section of the open border, 170 Illegals were apprehended thanks to the patrol units. While capture is a huge undertaking due to the gaps of secured border and lack of personnel, another major issue is that the border facilities holding illegals have breached capacity! This is why over 25,000 in the month of March were released into US cities and now, President Trump is looking at sending illegal immigrants to Democrat Sanctuary Cities, although now Democrats are appalled at this solution.

Ducote explained the process once illegals are detained is an expensive, lengthy one. He learned that once apprehended, they go through the process of being separated by the country and shockingly that some are Muslims from the Middle East, now working with the Mexican drug cartels! Others are from Cuba, China and various parts of Central and South America. Why are there so many from other countries in these caravans? They get deported when attempting to come in through our airports or other ports of entry checkpoints. Unfortunately Mexico is permitting illegals from Central and South America to cross their border instead of stopping them or closing it. Although President Trump has threatened to reduce financial aid, he’s giving them a year to comply to cooperate with the U.S. 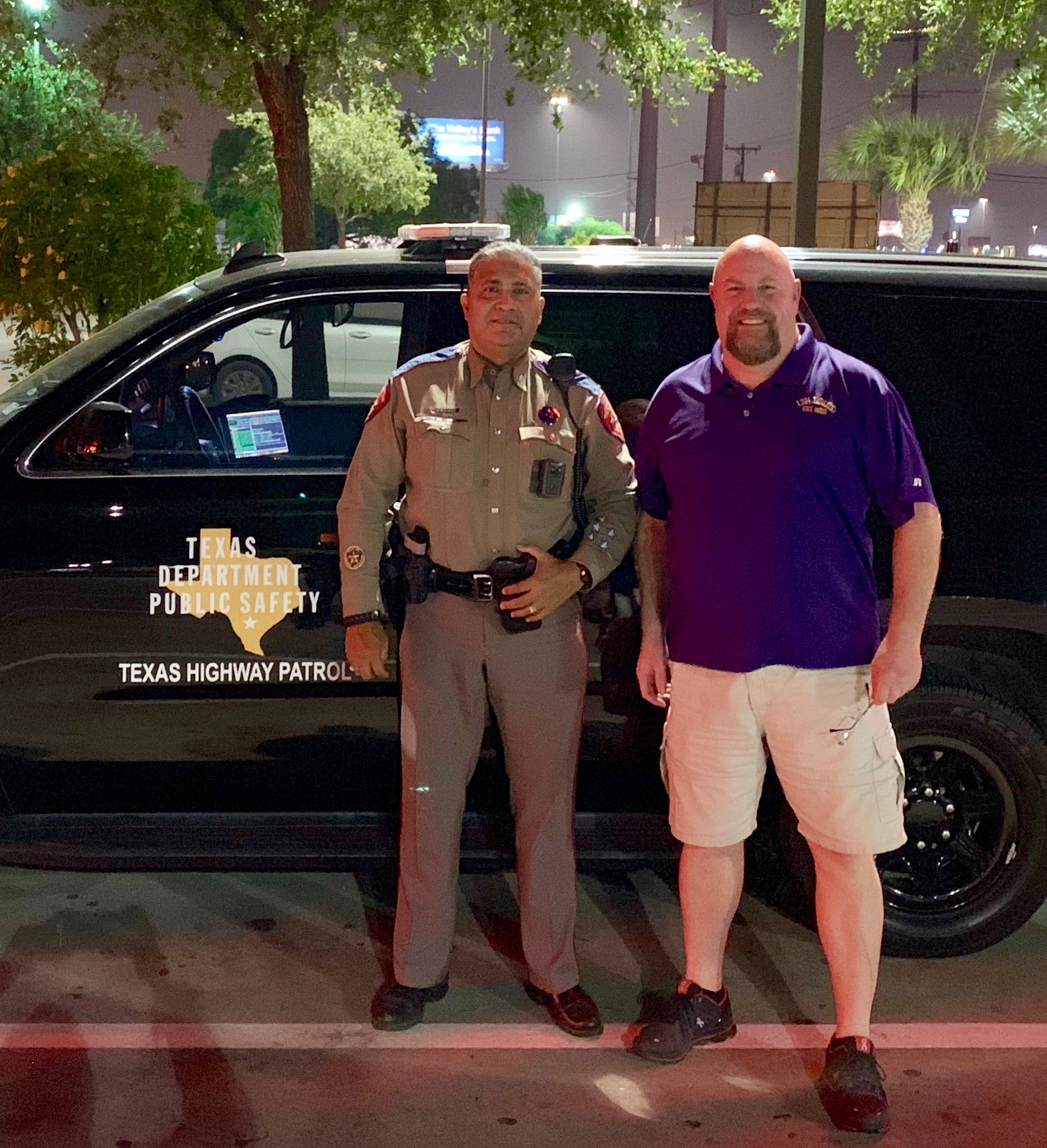 Another major hurdle is identification. Most of those attempting to illegally cross the border have no identification, fake identification or if the identification is legit, have criminal records in the United States. This is why when President Trump enacted the travel ban, NOT Muslim ban, it was for countries with no identification process, who refuse to comply with US law enforcement or are involved in terrorist activities. Drug cartels, human traffickers, weapons dealers are all embedded within the caravan and due to the miles of gaps with no walls or barriers, they effortlessly cross into the United States. He further reported there is an enormous lack of resources as law enforcement agencies in every state sharing the Mexican border are overwhelmed, with not enough funding to hire the amount of personnel required to combat this crisis. One of the biggest issues that Democrats cry about is separation of families, though it has been the standing protocol during every previous administration with no objections. Ducote confirmed that “families” are separated while they attempt to identify drug mules, human traffickers and if the children with adults are in fact their parents or relatives versus coyote’s paid by their parents to bring them into the country for sex rings. All detainees are given medical attention, basic food, water. Fingerprints and photos are taken including of any identifying marks such as tattoos, birth marks, etc… Criminal histories are run, though it’s difficult because the vast majority have no identification or present fake credentials. From this point, they are taken to advocates who speak Spanish or use interpreters and literally fill out the paperwork for those claiming “asylum”, making sure they fit the criteria. It’s important to note that our Immigration courts are backlogged with over 900,000 cases pending as of February 2019! In my opinion, a glaring issue is the advocates and translators who fill out the paperwork. They pretty much deem every illegal as seeking asylum, which is preposterous and the fact that 93% of the asylum cases are thrown out for lack of evidence make that clear! This is a monumental flaw in our system that must be immediately addressed! 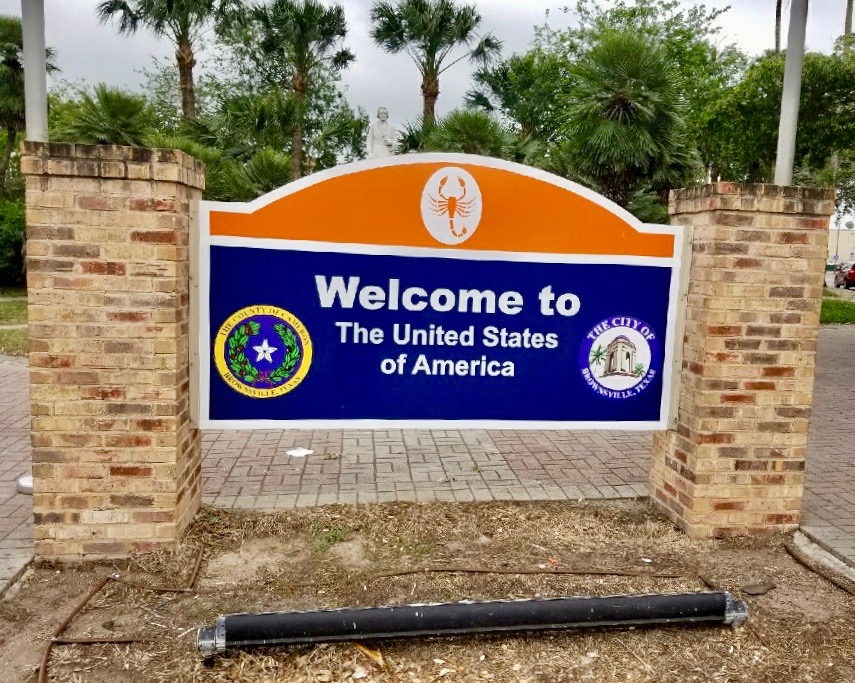 The next question I have is why not just temporarily close the southern border like President Trump has threatened? The problem is people who live in Mexico or the US and legally cross our border through checkpoints for work would be affected. So what is the solution? 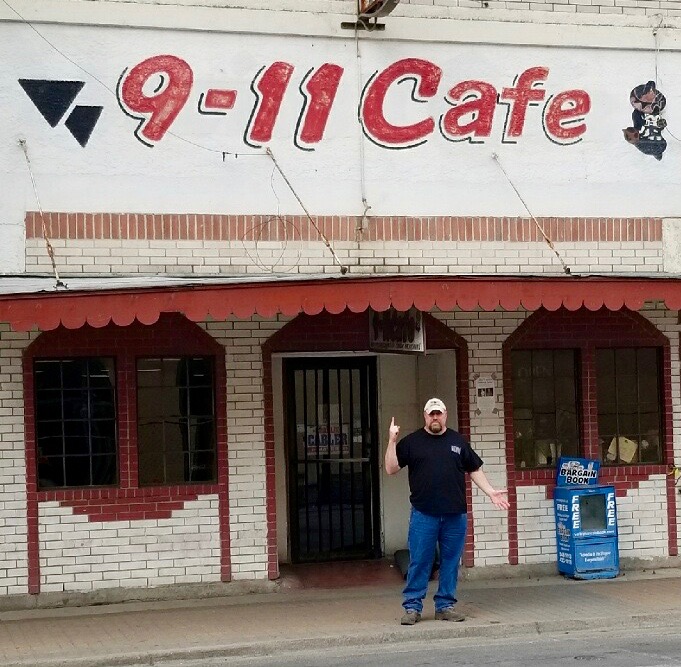 Americans are not looking at this crisis for what it is…an invasion. It’s an aggression against our sovereignty of epic proportions, a Humanitarian Crisis involving enslavement of men, women and children for sex rings, drugs pouring across to incapacitate Americans into submission and enable the criminal elements that have been complicit within our government to continue their global criminal endeavors, as well as mission to gain full control over America. Let’s not forget that Nazi collaborator George Soros has been financially backing key American politicians in every level of government for decades and has admitted, “Destroying America will be the culmination of my life’s work”. He, as well as others who support the taking down of America, are currently involved orchestrating this crisis at our border by helping to fund it through numerous organizations. The people orchestrating and perpetuating this intrusion of our nation are the Democrats, the Hollywood elite and their media puppets, who have conjured chaos not only at our southern border, but throughout our country. One question Ducote notes asked by law enforcement and border patrol is why Democrats like House Speaker Nancy Pelosi, Chuck Schumer, Maxine Waters, Adam Schiff, Kamala Harris, Alexandria Cortez-Acosta and other members refuse to visit the border to see for themselves the mess they’ve created first-hand? Simply put, it doesn’t fit their narrative and agenda. Instead they sit on their high horse screaming that it’s racist to stop people from illegally coming into our country! Let’s see this ruse for what it is- it’s about votes and taking over America… period!

What do I mean when I say taking over America? One of the most horrific news Ducote learned from law enforcement is that Islamic Terrorists have set up five to seven training camps just across the border from Brownville, Texas where he was located. He was told that these Islamic Terrorists are now working with the drug cartels. Muslims who look Hispanic are penetrating the caravan by disguising themselves as asylum seekers. In addition to this, Muslims are insinuating positions of power within our government in an effort to slowly crush our freedoms and destroy our Constitution.  Don’t believe me? What about Congresswoman Ilhan Omar? She’s definitely a racist against Jews, Christians, Israel, claiming our military is to blame for 9/11. Sworn in on the Qur-an instead of the Bible, Omar and Rashida Tlaib clearly have an agenda to turn their supporters against America. Why in the hell hasn’t House Speaker Nancy Pelosi condemned Omar for her outright treasonous comments against our country? Why is it okay for her to spew her hate speech yet remain in her position? It’s because ultimately Democrats and their globalist cohorts want to get rid of our Constitutional freedoms to usher in Islamic Rule. All you have to do to see where this country is headed is look at the United Kingdom. Instead of Muslims entering their country and assimilating to their customs, rule of law and culture, they’ve effectively transformed the UK into their own country. They demanded and succeeded in getting UK leadership to create separate courts for Muslims, allowed them to take over cities and declared them Muslim only “no go zones’ for British citizens. We spoke with;Jayda Fransen, a Political Activist who has been warning that Islamic takeover is the greatest threat we face in Western Civilization today. She was imprisoned for 9 months for it. She was recently found guilty of “hate speech”, because she dares to ring the warning bell about the Islamic jihad being waged across the globe. Now look what’s happening here in America. Conservatives are being thrown off social media platforms in droves. Anyone that speaks the truth about the dangerous political climate is labeled a racist, xenophobe, homophobe, a Nazi, a white supremacist. Political Correctness is shutting down our free speech to ensure the left’s skewed version of reality is the only one you see.  It’s why our mainstream media refuse to report the truth about our situation! They have vowed to maintain the illusion, rigorously, desperately spinning their web of lies!

While all this is very disturbing, Ducote learned something even more abominable.  Last week in Madamoros, Mexico, just across the border from Brownville, Texas, a Christian daycare was held hostage by Islamic Terrorists. These animals took babies and slammed them against the wall, killing them in the most brutally savage manner! Of course you’ll never hear this story on mainstream media.  In fact, due to control by the drug cartels in Mexico, the only way this story came to light was when people who live near the scene told border patrol what happened. There was a total blackout by US media about this story. Still believe Islam is the “religion of peace”? What kind of religion allows the slaughter of the defenseless?

The only way we can combat what is happening at our southern border is to see it for what it is- an organized, well-funded attack on our nation. President Trump promised to make America safe again.  It’s crunch time. We need to defend our southern border. For decades our military have been deployed worldwide to secure other countries, with trillions of taxpayer dollars dispatched to help. The time has come for our military to secure our country. If President Trump does not order at least 100,000 military troops to cover the gaps in our border, use whatever force is necessary to ensure the safety, security of our communities and defend it, this country will cease to exist. It will collapse because we cannot sustain the influx of illegal immigrants, criminal cartels and those that mean this country harm. There is no place to hold them as we are at capacity. As Americans, our taxes are supposed to support what’s best for this country. At this point, the only thing that can ensure survival of America is military deployment to our border. Americans need to buckle up because if this doesn’t happen, there will be no more America and Democrats will achieve their globalist agenda.

Be sure to catch Doug Ducote’s full report on Real World Witness, tonight at 10pET, with a follow up Special Edition Friday, April 19. Subscribe to ourYouTube channel and sign up to keep in touch with Doug via his new website.

What Have We Become? This Is Crazy! EXCLUSIVE: UK Political Prisoner Jayda Fransen Deliver America A Wake Up Call

Keep Shopping
Send this to a friend
Here's the link. https://douglasducote.com/border/exclusive-douglas-ducote-investigates-the-crisis-on-the-border/