Jayda Fransen is a former legal practitioner who founded a recruitment consultancy and later joined the Britain First organization in her mission to fight against Islamic jihad that has now gained a strong foothold in the United Kingdom and its court system, effectively transforming it into a Muslim country. She and Tommy Robinson, another well-known political activist in the UK, have been targeted for bringing awareness to the issue. Fransen, a Christian, has captured the attention of Patriots around the world as she fights against a government who has essentially allowed a takeover, pushing traditional British values and laws out, ushering Islam to advance at an unprecedented rate not only in Britain but worldwide.


Jayda Fransen caught the attention of President Trump in November 2017, when he retweeted her. A month later she was charged for exposing the fact that a group of Muslim men were on trial for raping a little girl and subsequently served a 9 month prison sentence while enduring daily threats against her life. 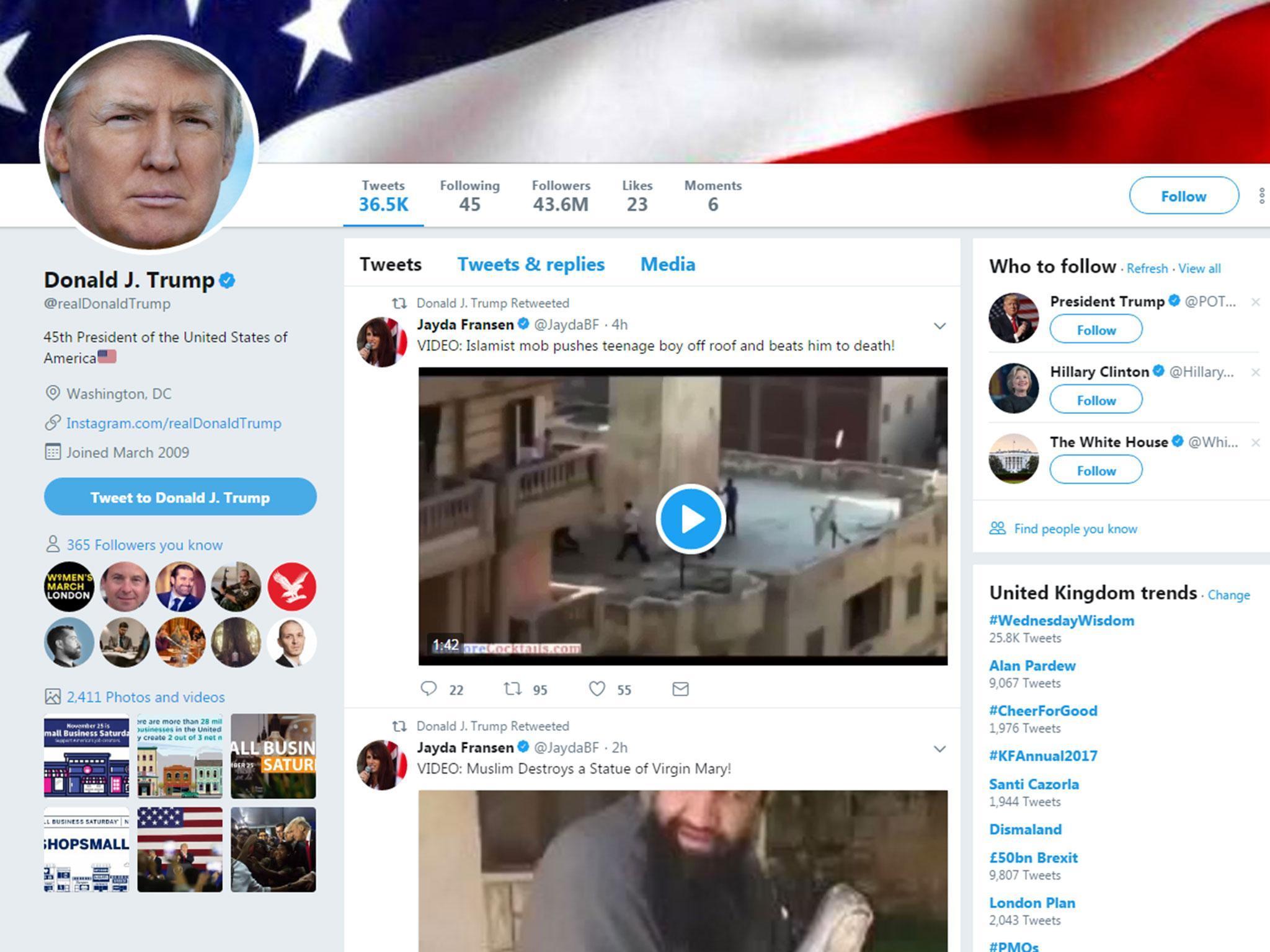 She has since been harassed, going so far as to haul her off a plane and then be arrested on a warrant while on the way to spend Christmas with her family. Her social media has completely been shut down across all platforms. In addition, she suffers the inability to support herself as all financial avenues have been blocked. On March 29, 2019 she stood trail for the crime of hate speech for calling Muslims the “common enemy” and “we need to rise up against the biggest threat to the entire world which is Islam”. What’s interesting is that Judge Connor found her guilty for calling Muslims the “common enemy” and upon reading the verdict said, “I’m satisfied these words were intended to stir up hatred and arouse fear” and “I’m satisfied the words were menacing in nature”. Even more shocking is the fact that two men charged with the same crime had their cases dismissed! If that doesn’t scream targeted persecution, I don’t know what does! 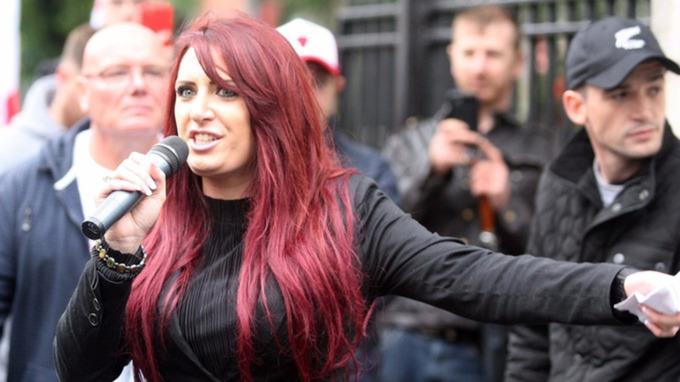 She has spoken out against the increase in Sharia Law within the UK courts and how Freedom of Speech, Nationalism, Conservatism, as well as speaking the truth is rapidly being outlawed not only in England, but worldwide.

Douglas Ducote and I spoke to Jayda Fransen about the situation just before her latest court date on the Islam takeover.

One of the most disturbing things happening is how Muslims are basically coming into a country, colonizing and creating “no go zones’ that prohibit an average citizen access to that specific area. They refuse to acclimate to a country’s traditions, customs, or laws and force their own way of life onto unsuspecting citizens of each country. Unfortunately, it doesn’t help that much like in the U.S., these Muslim “refugees” are given a stipend, free housing, free education, free healthcare, which only fuels the problem and allows them to flourish. 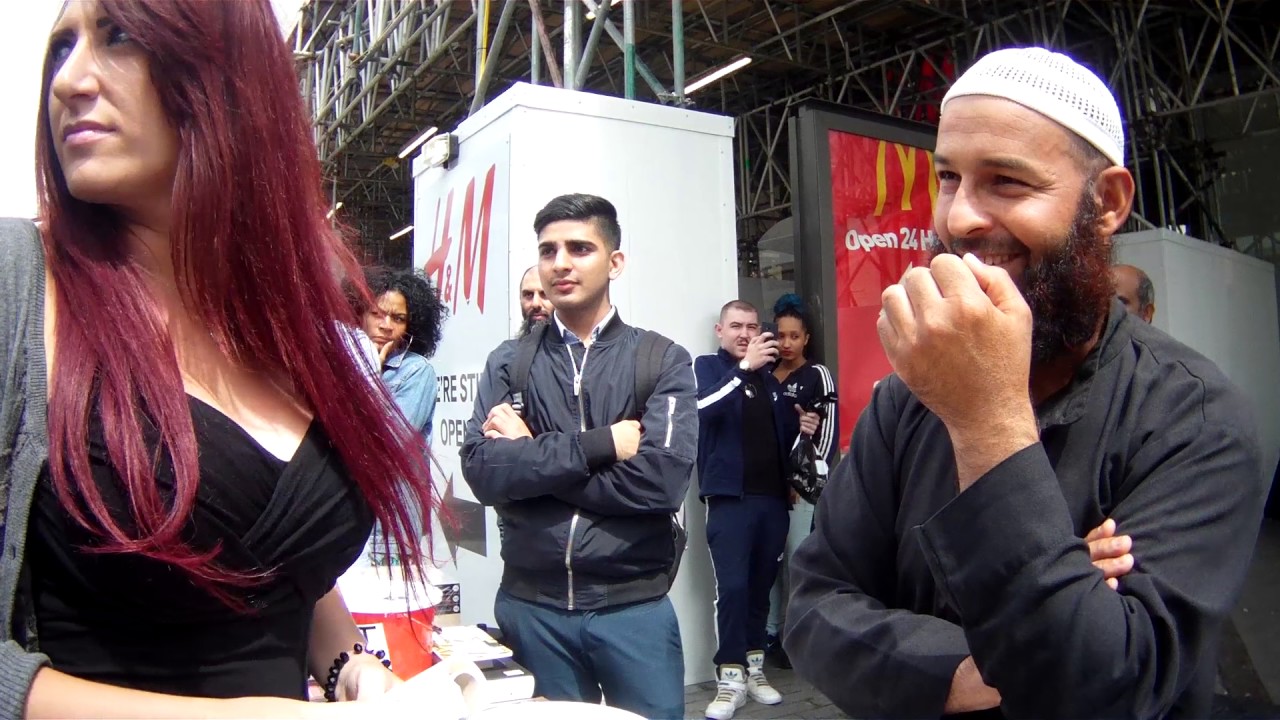 As with what’s occurring in the U.S., Jayda Fransen confirms that many Muslims have infiltrated key positions of power within Britain’s government adding, “the Mayor of London Sadiq Kahan has stood on platforms, he has stood side by side with known Islamic extremists, people that are members of subscribed organizations”. She also reports that alarmingly the majority of mayors throughout Britain are Muslim, in charge of the local councils, ensuring all positions around them are occupied by Muslims. She feels that Britain has now been completely taken over by Islamic rule, “It’s finished. London is gone. It’s been destined to fall since we lost our backbone and forgot the sacrifice our men made for us and gave it all away.” 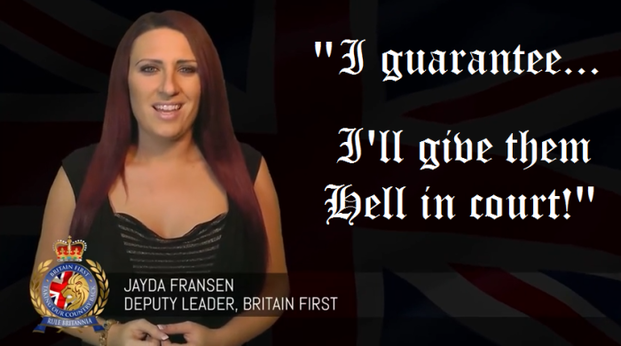 How do you fundamentally change a nation? You attack its core foundations. This has clearly occurred in the UK and it is beginning to happen in the United States. Our founding fathers founded our country and rights under the Constitution given by God, who has now been taken out of our schools, sports, even in churches.  Jayda Fransen agreed, “Since we’ve turned away from God, our apostate nation is going absolutely nowhere.” Degeneracy is at an all time high in England and God has been removed in a calculated way, on the heels of a cultural Marxist agenda, which according to Fransen, now has no real world leaders backing it.

While it is clear that what’s happening in the UK is now being pushed in the United States, this is a warning call. The Democrat-Socialist agenda is to get rid of our Constitution, something many Democrats have been spouting, claiming that’s its outdated. But the truth is that they want to remove it. Removing it allows those in government to completely change our foundation, ripe for an Islamic takeover. This is what the gun control rhetoric is about, why they support illegal immigration to usher in as many Muslims as possible to literally infiltrate our communities so that they can be elected into positions of power in local, state and federal levels.  We must start paying attention to who is being elected! 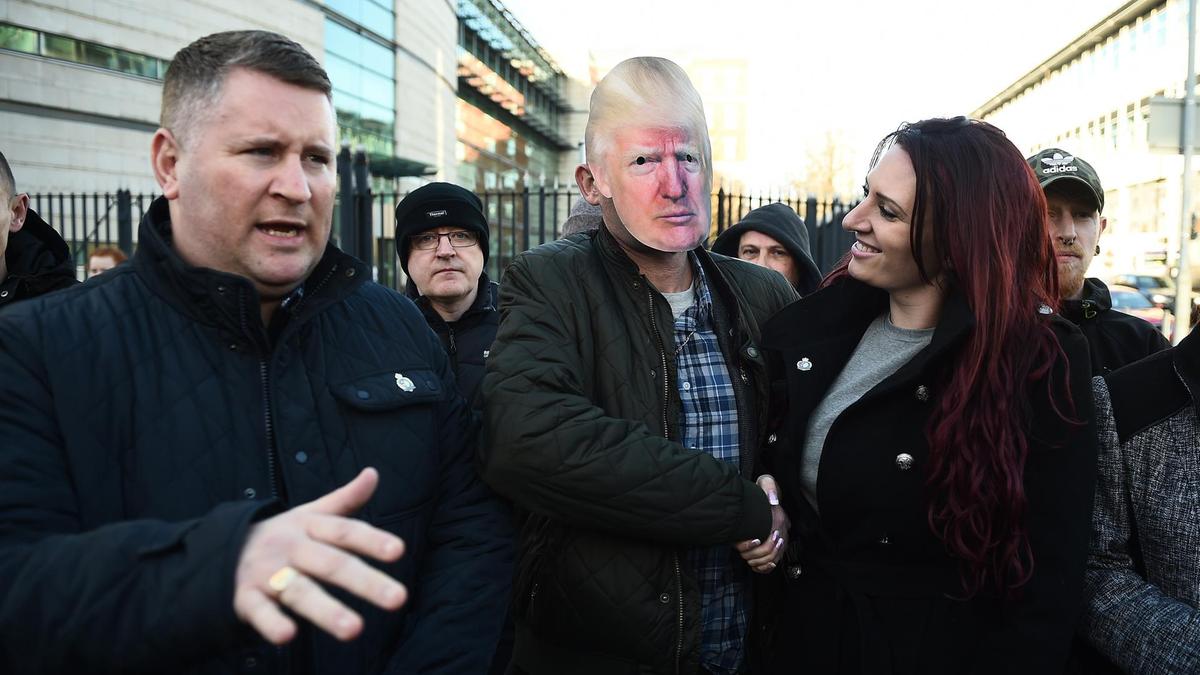 This Democratic agenda is why Political Correctness has stymied our culture and why anything said against Islam is being labeled as racism. It’s not! Simply put, the Islam ideology does not coincide with our nation’s Christian values. This country was founded by God. Why has God been removed from our day to day lives? Why are our children being taught about sex at elementary school level, literally being sexually groomed at an age when their innocence should be kept? Why are they being told there are more than two sexes that they can choose what they want to be or how old they are? Why is it ok for a 10 year old boy, whose parents’ dress him up in drag then flaunt him in front of cameras and sell tickets so perverts can ogle him as a sex object ok?

Where’s the outrage? Why aren’t these parents being considered unfit? Child Protective Services called? Now it’s legal to kill a newborn baby in Virginia and the slaughter of innocent lives is at an all time high thanks to Planned Parenthood! This is pure insanity and everything that proves how morally bankrupt and degenerate our society has become! Jayda Fransen agrees this is the case in the UK, “There’s just an overhang from the left, there’s no agenda, there is no plan. Just do whatever you want, self serving, self idolizing [society]. That’s why they have our kids they can choose your gender, your age, your race. It’s because when you take away all moral compass, and take away God from a nation of people, they are their own Gods and make their own rules. The level of degeneracy is being promoted- gay marriage, pushing abortion, discouraging family, the future generations are ruined. They won’t exist.” Another reason this is occurring is because it starts normalizing this type of behavior. In the Muslim religion sex with pre-pubescent girls is okay. Women are greatly oppressed, must be covered up at all times with literally no freedoms as men have complete control over them. Women are unable to drive, can only be in public escorted by a man and it is legal for husbands to beat their wives. This does not mesh with Western ideologies. We have to fight if we want to keep the freedoms that we have or else this nation will become the next Britain and the jihad against the west will be won. The Bible laid it out in Revelations and we are definitely living in the End Times.

Jayda Fransen is enduring persecution at every level for her Christian beliefs and for trying to get the truth out about what’s coming to America if we don’t pay attention, rise up and honor the men and women who have fought and died for our freedoms. America will not survive and will become exactly like Britain and freedom will be taken away as we become beholden to Islam that will rule our land, our lives and destroy our liberties. This Easter, as Christians worldwide take a moment to remember what Jesus Christ died for, also pray that our leadership never destroy our Constitution or allows the transformation of America into a Muslim country like Great Britain.

If you’d like to help Jayda Fransen by donating to her cause, you can by going to the Knights Templar International website.

Be sure to tune in to Real World Witness Thursdays at 10pET on our YouTube channel for the latest news as we shine a light on truth, justice and expose those who wish to crush it.